Create an Account - Increase your productivity, customize your experience, and engage in information you care about.

Way down on the southern tip of the town of Port Royal, you will find this wonderful area where Battery Creek flows into the Beaufort River. From the sandy beaches you can get some great views of the river and of the estuaries and look for sharks teeth. A ramp here lets you launch boats and kayaks onto the rivers. The Henry Robinson Boardwalk runs along Battery Creek, and is a popular place for strolling and for crabbing or fishing. Near the end of the boardwalk is a large observation tower. You can see for miles around from the upper levels of the tower. 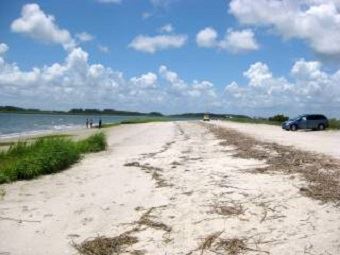 This buoy, located off London Ave, was originally used as a navigational aid in Port Royal Sound. During a 1970 storm, it broke loose from its mooring and it traveled out to sea. Amazingly, one year and nearly 6,000 miles later, it ended up in Scotland where it was recovered by a British ship and eventually found its way to being returned to Port Royal in 1973.  According to a plaque placed at the buoy, it sits today in the Fraternal Order of Police Memorial Park, and its light is kept burning in dedication to all officers who’ve lost their lives in the line of duty.

Located on London Avenue at the intersection of 9th Street. 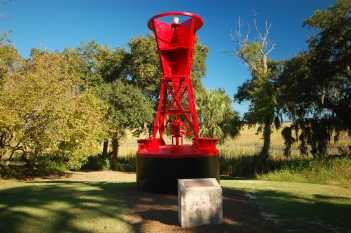 This community park is popular for Oyster Roasts and is free to reserve for Port Royal Residents (fee for larger events/non-residents). The playground is open to the public after school hours. 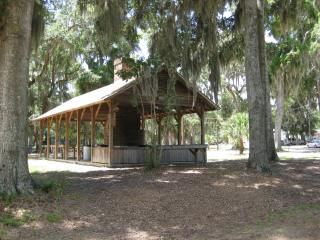